If you’re looking for a delicious, seasonal appetizer OR dessert, then this is it!  Cranberry Nut Crostini with Maple Balsamic Glaze! For Thanksgiving we took a brief getaway for a quiet and totally relaxing time on the coast. We stayed in a cottage that had a well-stocked kitchen of the basic cooking equipment so I was all set to prepare several easy recipes. And when on vacation, who wants a cooking challenge and/or a huge mess to clean up?

These Cranberry Nut Crostini are just so EASY!

But first let’s get a little straightened out with the confusion of some Italian food terms!

What’s The Difference Between “CROSTINI” and “BRUSCHETTA”?

Thank the Italians for totally messing up your head when it comes to names, all which sound so wonderful with the typical Italian tongue-rolling sounds!  Most non-Italians are confused and even have the hardest time in the spelling department between the singular and plural versions of words that end in “i”.

pronounced [CROW’steeny], which mean “Little Toasts” in Italian.  They are small in the hand and made of thin slices of bread that are toasted or grilled until crisp. They are then brushed with olive oil (or butter if you’re Northern Italian and like my German-Scotch husband).  Crostini usually have a savory topping such as cheese, anchovies, and pâté.  Garlic is not rubbed into Crostini.  Crostini are often served for dipping into soups or accompanying salads in place of croutons, in which case there would be no topping at all, just bread alone.  In general, crostini do not have as much topping.

pronounced [brooshˈKETT-ta], which comes from the word “Bruscare” which translates “to roast over coals”.  Bruschetta is made from a crusty slab of grilled or toasted first and then rubbed with garlic cloves for that wonderful garlic essence.  The garlic-rubbed bread slices are then drizzled with extra-virgin olive oil, salt and peppered, then heated warm with a heaping mound of a savory topping such as chopped tomatoes.  Bruschetta is normally served as a snack or appetizer, and served warm.

When I shot these photos, the sky was grey . . .  which is very typical of a Southern Thanksgiving Day, (imagine at the end of the movie “Gone With The Wind” and Scarlet O’Hara is running in the fog — well, that’s typical here).  I had very little natural light so the photos are not the top quality to be sure.  You work with what you have, right?

At any rate, friends, these Cranberry Nut Crostini are super yummy and even passed the test of my husband who really hates just about anything except meat and potatoes.  Cranberries are no where to be found on his ‘like’ list.  But he gobbled these down.

These are perfect for a light dessert and a ‘tapas’ or cicchetti‘ party and a last minute dish if company stops by!  Or if you want to take something to someone’s home!

To make this more savory instead of sweet, substitute the mascarpone and use either goat cheese, cream cheese, or ricotta cheese and don’t add any sugar.  Then add a bit of minced garlic or garlic powder to the cheese and you’re onto something very, very delicious!

Top-Rated Kitchen Gadgets to Help You with Crostini 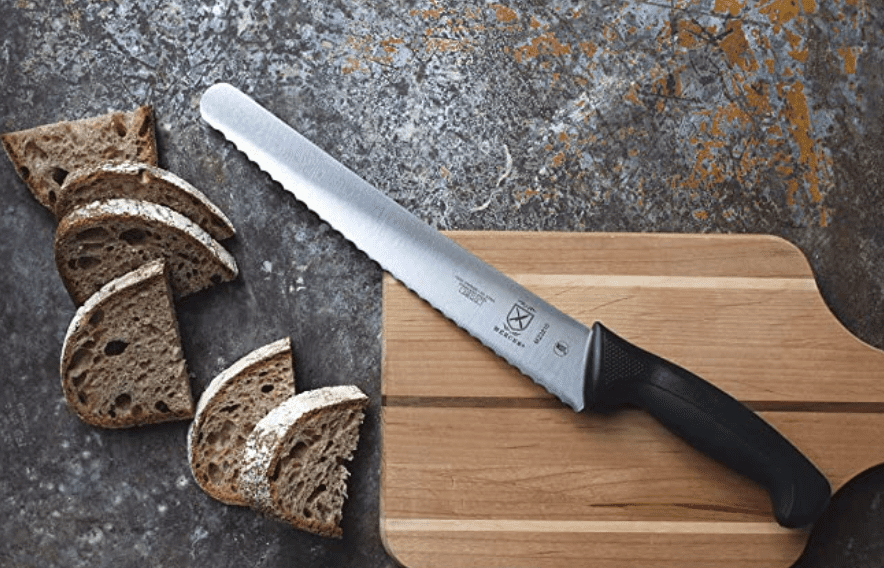 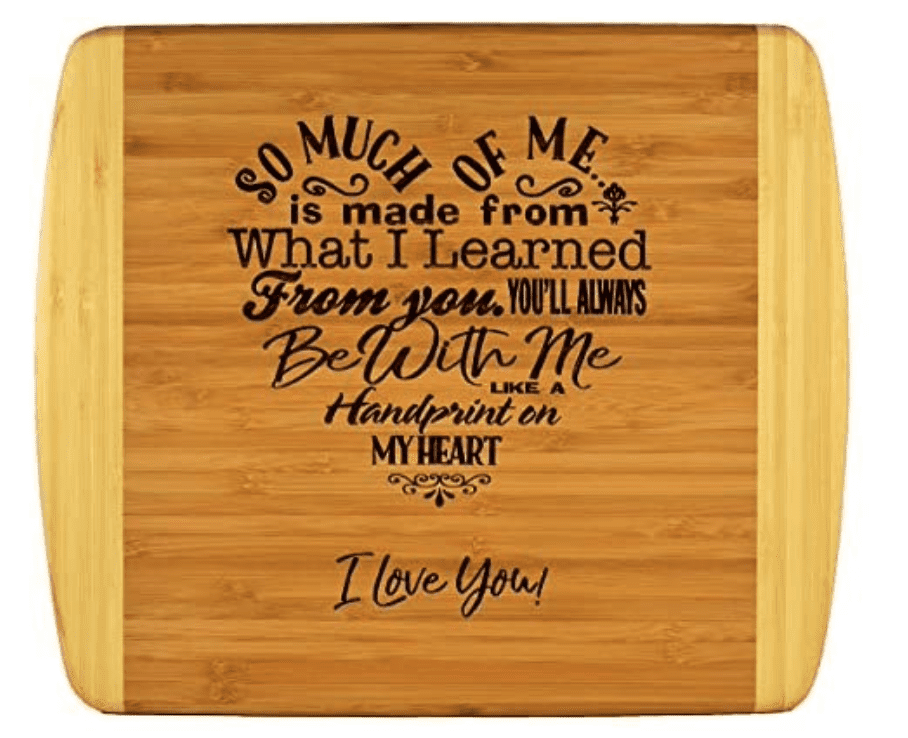 (I received one similar to this for Christmas from my daughter and I absolutely LOVE it!) 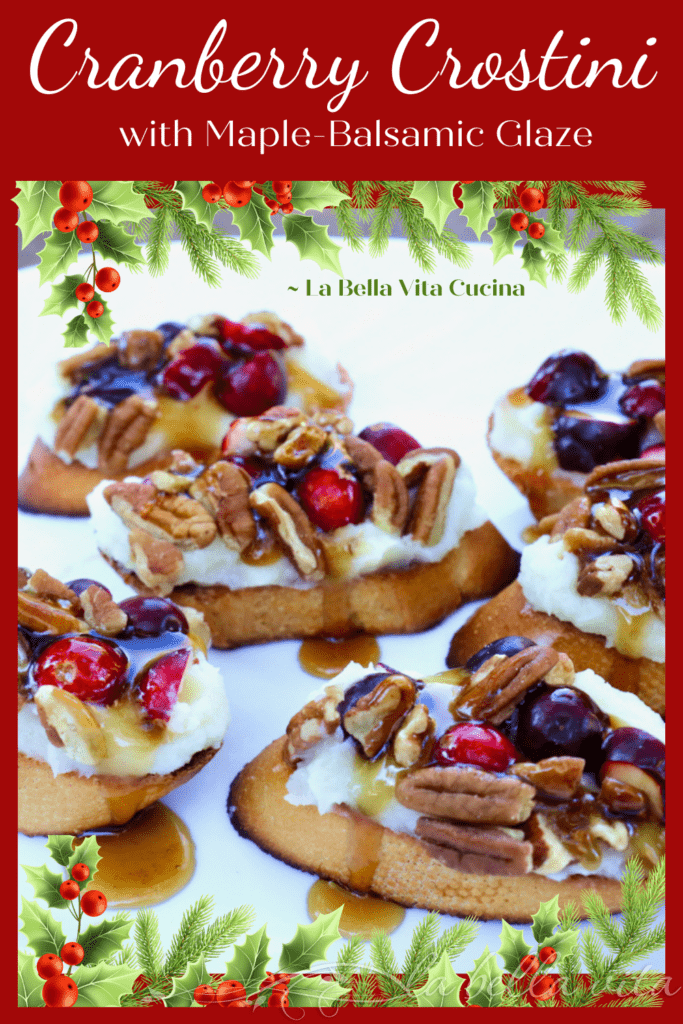 We’d love to have you as part of our community!

Subscribe below to receive a FREE e-Cookbook and all of the latest recipes, travel tips, and gardening ideas straight into your inbox! 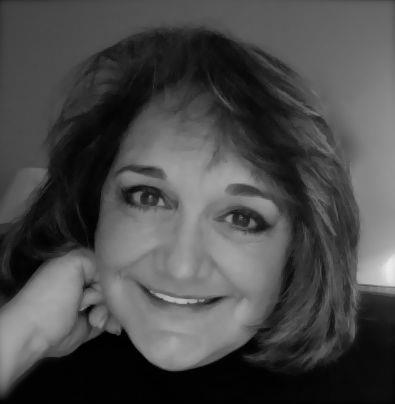 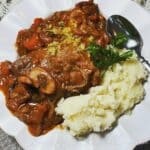 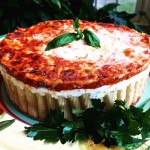 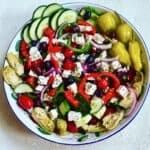 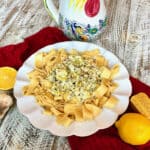